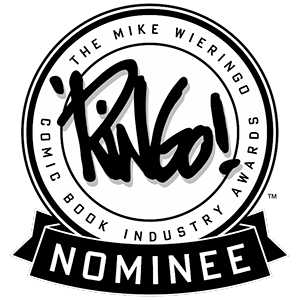 He worked for 10 years as the official illustrator of the TV Show “Voces Anónimas”, doing the illustrations for the 16 books and graphic design of the show.

In 2014 he began his professional work as a Comic Artist for international comic companies, working for Top Cow in the titles Witchblade and Cutter, between 2014 and 2015.

That same year he made the comic “Krampus: Shadow of Saint Nicholas” for the movie Krampus by Legendary Comics.

In 2018 he worked for Titan Comics making the comic for the TV series “Project Blue Book” issued by History Channel.

Between 2018 and 2019 he worked for Black Mask as an artist and cover artist in the “Evil Within” series.

In 2020, he worked on two new comic projects for Aftershock Comics “Godkillers” and “The Call of Cthulhu” for Editorial Utopia.

In 2021 he developed an anthology comic work for the band Anthrax “Among the living” with the most talented writers and artists.

In 2021 he has been nominated as Best Cover Artist at the Ringo Awards.

Currently working on “20 degrees past rigor” for Substack.com